It is the story of a Swabian family business founded in 1920, and it takes place against the backdrop of an eventful century:

Industrialization is being experienced, the textile industry is growing, and one of the few survives war, crises, inflation, and globalization.

Of course, there are throwbacks and fates, but entrepreneurial foresight, technical innovations, and strategic corrections are part of the success. 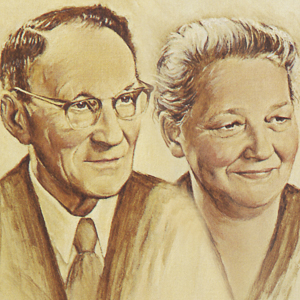 With 2,000 marks, a few used round chairs and sewing machines and a large portion of courage

and manufactures insert shirts. The location for the young company is well-chosen, 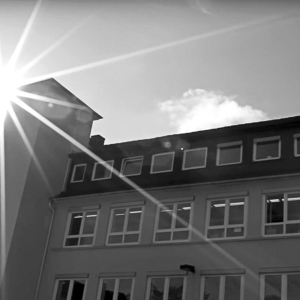 What had begun in the house grew and required new premises.

In the new building on Kleiner Straße in Tailfingen, the production range in 1934 already includes women’s, men’s and children’s underwear.

Karl Conzelmann was not a party comrade, so the company was shut down by the party in 1942.

Only after the war can the company, under the supervision of the French occupying forces and

most difficult circumstances – rebuilt and reopened in 1947. 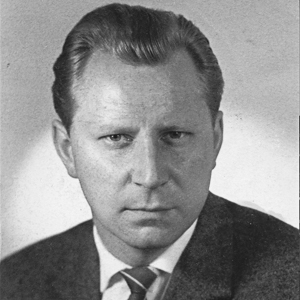 A difficult time of new beginning and upheaval began, but also with many opportunities.

Son Walter Conzelmann recognizes the signs of the times and offers his goods in department stores from 1952.

In 1953, however, Karl Conzelmann had to resign from the management for health reasons,

remains in the company for many years to come. Son Walter, just 22 years old, takes over the management.

It significantly reduces the range and from 1956 focuses on fashionable women’s and children’s underwear.

He is building up the export business to Switzerland, France and the Benelux countries.

In the 1960s, the economy boomed – and Albstadt was one of them: there are around 100 textile companies in Tailfingen, Swabia alone.

The company Karl Conzelmann went well. A decisive advantage over larger competitors: in the family business,

decisions are made very quickly. In 1967, company founder Karl Conzelmann died at the age of 82.

Walter Conzelmann continues to run the company, together with his brother Hans and from 1969 with his sister Anna Kißling. 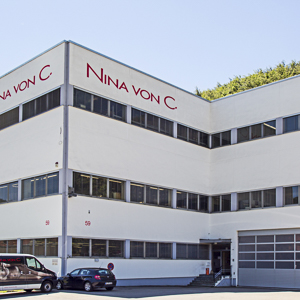 The 1970s were initially marked by above-average growth and

Investments in state-of-the-art production: from 1970 onwards, the assembly will be semi-automated.

In 1971, Conzelmann built a new logistics centre and a knitting shop on reislebach and founded an equipment company and a textile printing plant with colleagues.

Production is also at the front of the table: with the conversion from chloride to hydrogen peroxide bleaching, the company is already demonstrating environmental awareness.

The first company in the world to offer fine ribs in a division of 20 (20 stitches per inch).

In addition to the technical innovations, a major brand-strategic decision was taken in 1979: the Nina von C. is registered.

At the end of the 1970s, the times of the German textile industry became more difficult, and more and more imports came from low-wage countries.

As a result, the company is increasingly relying on exports and exporting 55 of its goods abroad.

In 1986, the company invested in cutting technology with a new CNC cutter and a new punching machine. 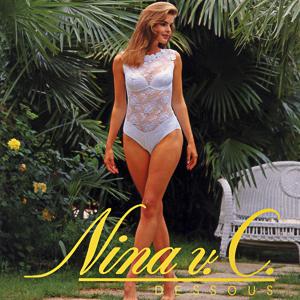 In 1991, Karl Conzelmann outsourced production parts to other European countries for the first time and founded a ready-to-wear company in Portugal.

With Doris Biedermann, the third generation joined the management in 1994.

With the 90s, the image of women changed and the Nina von C. was fundamentally repositioned in 1999. 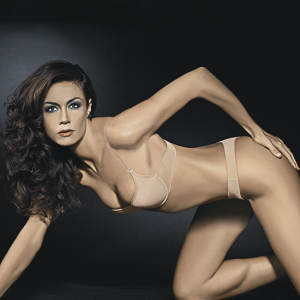 As a result, Increasingly, Nina von C. shops, corners and flagship areas are opened in retail,

flanked by large-scale advertising campaigns – the popularity of the Nina von C. brand is steadily increasing.

In 2002, the company opens its second plant in Romania and invests

2004 in a new CNC cutting system for hose and wideware. 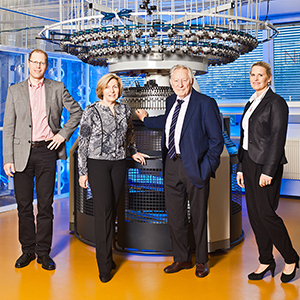 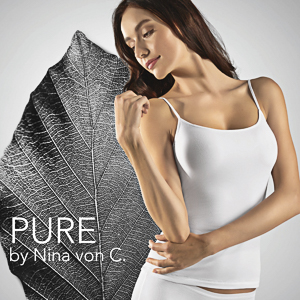 The company brings the young label like it! to the market.

In the management, Martina Bandte completes the 3-man team of the third

On the one hand, the claim “A PART OF ME” documents the employee’s attachment to the company

and, on the other hand, underlines the unique comfort of the laundry for its wearers. 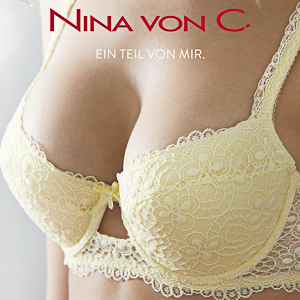 The company celebrates its 100th anniversary.